Potential Side Effects of DHT Blockers – What You Need to Consider 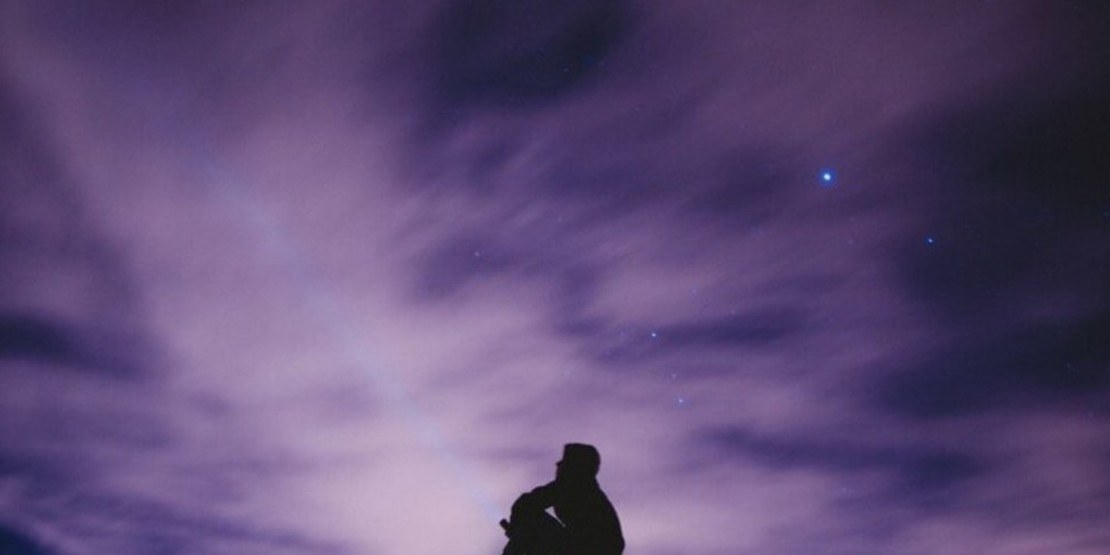 If you’re concerned about your male pattern baldness, you’re not alone. It’s estimated that half of all men will suffer some level of noticeable hair loss by the time they reach 50 years old. Some embrace their baldness, but increasingly, more men are turning to treatments including oral medications, topical solutions and hair transplants to help treat their hair loss.

In the majority of cases, male pattern baldness is caused by the effects of a pesky androgen (male) sex hormone called dihydrotestosterone, or DHT. An enzyme called 5-alpha reductase is responsible for converting testosterone, the common male hormone, into DHT.

As this DHT builds up, hair follicles on the head become increasingly sensitive to it. The hair follicles then absorb fewer nutrients, causing them to become unhealthy. They then start to shrink, causing fewer healthy hairs to grow from them, with any hairs that do, being thinner and have less longevity.

It’s therefore commonplace to help ‘treat’ male pattern baldness with medications that block the action of turning testosterone into DHT.

The most common DHT blocker for hair loss is a drug called finasteride, sold in pharmacies as Propecia. This is an oral medication that needs to be taken daily to stop and reverse hair loss.

Propecia tablets are clinically proven to help prevent hair loss, but they need to be taken every day for as long as you want to prevent your hair loss continuing.

Topical solutions and foams are another option and of these, Regaine (or Rogaine) is the most common and contains the active ingredient, minoxidil.

Although not strictly a DHT blocker (the mechanism of action is not yet entirely understood), Regaine needs to be applied to the scalp daily in order to reverse hair loss. Like with Propecia, if you stop regularly applying Regaine to your scalp, the positive effects are reversed, and your hair loss will return.

Both Propecia and Regaine need to be taken for two to three months before the benefits are seen.

Do DHT Blockers Have Any Side Effects?

As much as there are benefits to taking DHT blockers such as Propecia, there are also disadvantages. Propecia is associated with a few side effects that need to be taken into account before you begin on a lifelong course of drugs.

Although not very common, Propecia can cause the following side effects:

The most common side effects to taking a DHT blocker such as Propecia are related to the sex drive of individuals and problems with erectile dysfunction, or impotence. Around 1 in 100 men will suffer with these problems whilst taking Propecia.

So whilst confidence might be restored as a result of renewed hair growth, it may be lost due to feelings of underperformance in the bedroom. Propecia can also cause a decrease in the volume of semen when ejaculating.

The overwhelming majority of men see these side effects disappear when they stop taking Propecia. But there are some men who continue to report a loss of sex drive, erectile dysfunction and decreased ejaculate volumes long after stopping Propecia.

And of course, stopping Propecia will also mean that any new hair will be lost, and hair loss will continue.

Male breast development, known medically as gynaecomastia, is a less common side effect associated with taking Propecia. There have also been very rare reports of male breast cancer in men taking the drug.

Some users of Propecia have described pain in the testicles, including tenderness and swelling, pain on urination and pain when having sex. It may also be accompanied by nausea, vomiting and fever and occasionally by blood or discharge from the penis. If this is you, then its best to talk to your doctor about your side effects.

Another less common side effect of Propecia is the development of skin rashes on the body and on the scalp. These can be red and bumpy, like hives, and incredibly itchy. Some users also report a swelling of the lips.

Occasionally it’s been reported that men taking Propecia can have elevated levels of liver enzymes that are only discovered during routine blood tests. This isn’t usually cause for clinical concern, but your doctor can talk you through your options if your liver enzymes are affected by Propecia.

All of these side effects should be discussed with your doctor if you’re worried. It’s important to remember that many men, all over the world, take DHT blockers such as Propecia successfully without experiencing any side effects. Many others do experience side effects and either decide that they’re worth dealing with, when the upside is a better head of hair and all the benefits that brings to them or they decide to stop taking Propecia and notice their side effects disappear.

Remember, often after having a hair transplant, doctors will recommend that you take a DHT blocker in order to save the rest of your untreated areas of hair. We strongly believe that taking a daily drug means that you need to have all of the facts to hand. This list of side effects isn’t meant to scare you into not taking Propecia, rather, its meant to help you make a fully informed decision. 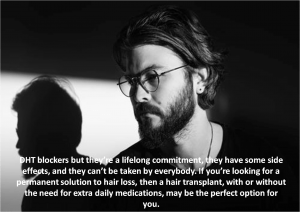 There are however, some people who cannot take Propecia or any other medical DHT blocker. Women cannot take Regaine tablets as female hair loss is not caused by the interaction of DHT on the hair follicles, making it unnecessary to block its effects.

It’s also unsuitable for young men under the age of 18. It’s also advisable to temporarily stop taking Propecia if you’re due to have a blood test to check for prostate cancer, called a prostate specific antigen, or PSA, test. Propecia could affect the results and it’s best to talk to your doctor if this applies to you.

Anyone with a heart problem or skin sensitivities should also talk to their doctor before using topical hair loss solution Regaine.

DHT blockers work for male hair loss. But they’re a lifelong commitment, they have some side effects, and they can’t be taken by everybody. If you’re looking for a permanent solution to hair loss, then a hair transplant, with or without the need for extra daily medications, may be the perfect option for you.

Contact us today to discuss how we could transform your hairline and change your life.