Hair Transplants – Taking a Look at Their, Sometimes Unbelievable, History 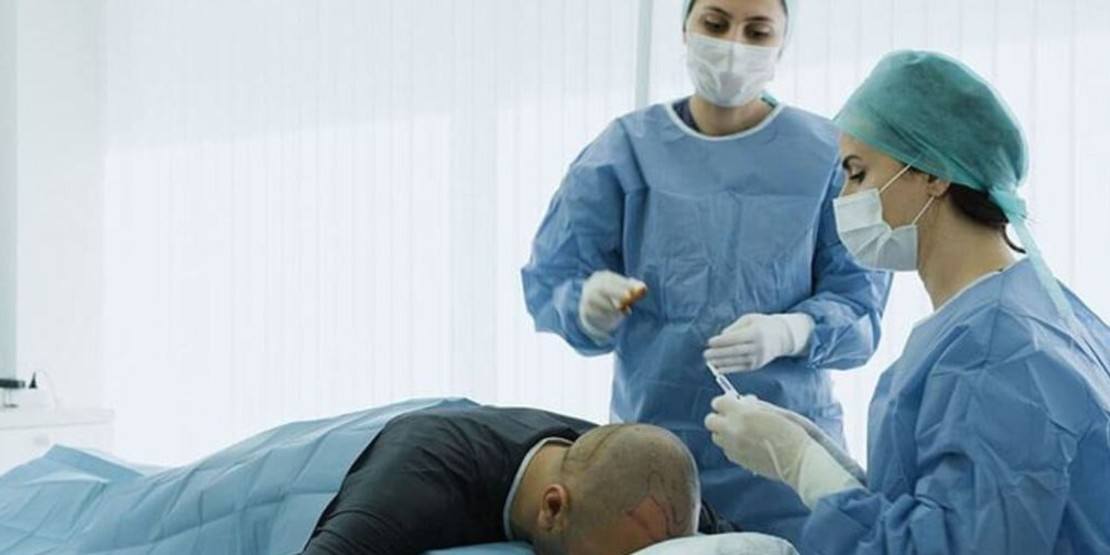 Hair transplants are becoming one of the top options for hair restoring hair loss. Long gone are the days when they were only within reach of the rich and famous. Nowadays, they’re affordable, accessible and above all else, successful! But things haven’t always been like that.

Just as with the hair pieces and wigs of yesteryear, when perhaps they weren’t the best and looked a little fake, hair transplants are now so good, that you could meet someone new, and they would never know you’d had one.

We say someone new, because of course, those that already know you, would have seen your amazing transformation from a thinning or balding scalp to a hirsute hero. And a hair transplant now doesn’t even have to be on a head that is noticeably thinning or balding. Today’s patients can thicken up a hairline that might at first glance not even look like it needs any work.

So, what about that history of hair transplants? How did we get to such a place? Here’s our hairline timeline…

Yes, it’s true. The first recorded reference to hair transplants dates back to 1822 in Germany. Obviously even then, people became concerned when their hair started to thin. So a Dr. Dieffenbach apparently developed a procedure that transplanted hair from a hairier part of the body to a less hairy part i.e. the leg to the scalp.

We can only imagine skin grafts, nasty infections, scarring and not very discrete results. Throw in the fact that Dr. Dieffenbach also used skin from animals and even feathers, and it makes things worse. But however basic this seems today, it must’ve been pioneering at the time. And if the Glastonbury equivalent of the 1820’s existed, then those festival-ready feathers must’ve looked fabulous…

If we suffer bad burns, often the hair follicles are so badly damaged that hair regrowth is unlikely. Thickened skin and scar tissue also get in the way.

In 1939 Japanese dermatologist Dr. Okuda noticed a further benefit of skin grafts in his burns patients – that hair from healthy skin began to grow in its new home covering up burns. As a result, he began to develop a system of transplanting round skin grafts containing a few hair follicles each into areas of damaged scalp.

He recognised the importance of using small grafts for the most natural look, something which is still recognised today. But unfortunately for Dr. Okuda, World War II began, and his revolutionary system became somewhat lost in time.

Post-war, in the early 1950’s, things began to kickstart in the world of hair restoration again. The term ‘donor dominance’ was coined by Dr. Orentreich.

Dr. Orentreich realised that hair from areas of the scalp with strong, healthy growth, could still dominate in areas of weaker growth. That is, the ‘donor site’, usually around the back and sides of the scalp, could be used to take hair follicles for transplantation into the ‘recipient site’, usually at the top and front.

This work is considered the main groundwork into the hair transplant procedures that are in use in clinics such as ours today.

The 1960’s and 70’s – The Age of Punch Grafts, and Much More Gruesome, Experimental Surgery

Throughout the decades when everything was ‘groovy’, hair transplants became big. The rich and famous were queuing for the procedure. But the technology hadn’t quite kept up with the demand.

During this time, the most sophisticated technique was that of the punch graft. Not heeding the advice of Dr Okuda in the 1930’s, surgeons favoured taking fewer but larger grafts. This meant the procedure was over more quickly, but it also meant that the final result wasn’t as refined as it is now. And it certainly wasn’t as unnoticeable…

The consequence of this punch graft procedure was the familiar ‘dolls hair’ look of neat rows of hair, plugged together in clumps. And because this procedure was generally carried out over many sessions, there was also a risk that patients could run out of decent donor hair, leading to all kinds of odd looks. Modern clinics are still today correcting this type of procedure. As although the look wasn’t great, the strength of the hair meant that it just keeps on growing in rows.

But, things were also moving in another direction… It was around this time that the Argentinian plastic surgeon, Dr Jose Juri, developed a technique that involved removing whole segments of scalp with healthy hair growth, and grafting them onto balding areas of scalp. This, rather thankfully, didn’t take off too well as aside from the recovery time, scarring and risk of infection, the results weren’t even that great. Hairs tended to grow in different directions and it often left areas of scalp with no hair, amongst the areas with hair.

One other technique was also developed. This was named ‘scalp reduction’. It involved removing the balding section of scalp and pulling the section of scalp with hair left behind up and over the now scalp-less skull. For obvious reasons, this isn’t used routinely now, but can still be used in cases of severe trauma to the scalp caused by burns or injury.

The self-indulgent, cash-rich era of the 1980’s also saw rise to the popularity of cosmetic procedures in the Western world. This meant that technology moved on, and the punch graft hair restoration technique was replaced with the strip harvesting method.

This involved removing a long thin strip of scalp tissue from the back of the head, usually from ear to ear. Surgeons and their teams would then painstakingly remove tiny mini and micrografts from the strip under a microscope.

These grafts would contain anything up to eight hairs each. The surgeon would then make tiny little holes over the recipient area of the scalp, ready to receive the grafts. The smaller grafts would be used to create a natural hairline, and the larger to fill the larger space behind the hairline and add volume.

Things went from perhaps a couple of hundred large punch grafts, to several hundred mini and micrografts in one session.

Over the course of the 1990’s, this strip harvesting method morphed into the Follicular Unit Transfer or FUT method. This essentially started out the same – the surgeon would remove a long, thin, strip of tissue. But the painstaking work became even more painstaking. The grafts became even smaller, and each one had one, two or three hairs, all contained within their natural ‘follicular group’.

Rather like with the history of mobile phones, the only way with hair grafts was smaller and smaller, to make the end result much more natural. It was in 1995 that Dr. Bernstein and Dr. Rassman invented the FUT method, using increasingly more powerful microscopes and smaller, more refined tools.

2002 – The Gold Standard of Hair Restoration Was Born

Bernstein and Rassman continued to refine their procedures, and in 2002 announced the development of the Follicular Unit Extraction, or FUE, method. This highly polished procedure is still in use today and is considered the gold standard.

It involves the use of a tiny punch tool, that removes a singular follicular unit, containing the hair follicle and its hair or hairs, in one single movement. There is no need for a strip of skin to be removed and therefore scarring is minimal, if not ono-existent. Now, some surgeons even use a two-step singular tool, with a sharp tip to cut away the skin around the follicular unit, and a blunt tip to cut deeper to remove the unit with less trauma.

Healing time is minimised as well as scarring, and the results are the most natural the world has ever seen. At the DK Hair Klinik, we use this most up to date technology, so contact us today if you’d like more information!